Zakat is an obligatory tax for those who own specific type of livestock, grains, fruits, gold or silver coins and wealth in business.

In this video we will discuss this topic in detail.
First, Zakat on livestock
If one owns any species of goat, sheep, cow, buffalo or camel and he meets the following conditions, he has to pay Zakat on them.
The conditions are:

• First: one should own them and have a discretion over their disposal. So for example Zakat is not obligatory for an animal that is lent to someone else.

• Second: the animal should be pastured on what grows naturally and not on what is cultivated by man.

• Third: the number of animals should reach the taxable limit:

• For camels the minimum taxable limit is owning 5 camels and the Zakat is giving one camel.

• For cows the minimum is having 30 cows and the Zakat for this number is one male calf aged one year or more.

• For sheep it is minimum 40 sheep and the Zakat is one sheep.

Note that this is the minimum taxable limit. If one owns more than these numbers, the amount of the tax might vary. The rate should be checked in the Islamic Laws book.

• Fourth condition is that Zakat only becomes obligatory if one meets all the mentioned conditions for a period of 11 months and more. In other words Zakat is due only if one owns the minimum specified number of animals which are naturally pastured for 11 months or more.

• Note that some jurists say if the animals are used for work, such as tilling the fields or for riding, etc. they are exempted from obligatory Zakat. Refer to the to jurist you follow for details.

Zakat on grains & fruits:
This only includes wheat, barley, date and raisin. And the Zakat becomes obligatory if they meet these conditions:
• First, they should be ripe and ready. This means to reach a stage that they are called wheat, barley, date, or grape.
• Second, one should own them at the time or ripening.
• Third, Zakat belongs to the crops of one year even though they do not ripen all at once; such as when the harvest takes place gradually over a few weeks, or even months.
• Fourth, the minimum taxable amount is about 847 kilograms of harvested crop. But this should be calculated in this way:
• For wheat and barley, they should be threshed then weighed.
• For the dates, it should be after being picked off the branches and gathered.
• For grapes it is to estimate the weight of them becoming raisins.
When Zakat should be paid?
Zakat is due at the time of ripening but it becomes obligatory to pay it at the time of harvest. So for example if one didn’t harvest the fruit and it was spoiled, Zakat will remain obligatory on him.

How much one should pay?
• If the land cultivated with these crops is irrigated naturally, like by rain or from the moist in the soil, the zakat shall be 10%.
• If it is irrigated by man, like watering using a pump from a water well, the Zakat payable shall be 5%.
• If it was irrigated using equally the both methods, payment of Zakat shall be at the rate of 7.5%.

Finally the same crop can be paid as Zakat or its equivalent in monetary value.


Coins of gold & silver
Zakat on coins of gold and silver becomes obligatory on a person if they meet these conditions:
• First: one should own them and have a discretion over their disposal. For example if they are lost or stolen, there will be no Zakat on them.
• Second, the owner must be sane and at the age of puberty. So there’s no Zakat if a minor owns coins of gold or silver.
• Third, the gold or silver should be made into coins, and are in currency for transactions. So there is no Zakat on jewelry or ornaments.
Note that nowadays gold and silver coins are not used as currency anymore. So this type of Zakat might not be applicable in our time.
• Fourth, the minimum taxable limit For gold coins is about 69.6 grams and for silver coins is 487.2 grams. The Zakat for these amounts is 2.5%.
For larger quantities, the rate of Zakat might vary. Please refer to the Islamic Laws book for this rate.

• And the last condition is the passing of 11 months while one meets all the above conditions. This means to fully own the minimum quantity of the coins for 11 months. In this case the Zakat becomes obligatory at the end of month 11.

And lastly is the Zakat on business goods. This includes any goods or wealth earned by commutative contracts which is set aside for investment in business or profit earning. This doesn’t include what’s is bought for consumption.
The Zakat will become obligatory if it meets these conditions:
• First: one should own them and have a discretion over their disposal. For example if they are lost or stolen, there will be no Zakat on them.
• Second, the owner must be sane, at the age of puberty. So there’s no Zakat if it’s owned by a minor.
• Third: the goods should have reached the minimum taxable limit which is equal to that mentioned for gold and silver coins. The amount of the Zakat is one fortieth or 2.5%.
• Forth: The goods should have remained for one year from the time the owner intended to invest it for profit. If the intention changes throughout the year, like, when he decides to spend it for maintenance, then he will not pay its Zakat.
• Fifth: Throughout the year, the owner should have a buyer of the goods equal to the capital or more. If, during the year, he gets a buyer for the goods for less then capital outlay, it will not be obligatory upon him to pay its Zakat.

How Zakat should be calculated and paid?
• Zakat should be paid with the intention of seeking nearness to Allah.
• If partners are sharing something together, every partner has to calculate his own share and pay the Zakat if he meets the conditions and the taxable limit.
• Zakat can be paid by giving the portion itself or by its equivalent monetary value.
• The Zakat should be calculated and paid every year regardless of whether it was paid in the previous year or not. The only exception is for wheat, barley, date and raisin which is paid once off for the crop.
• In counting the amount, there’s no objection on quality. So, superior, good, bad, or inferior all should be summed up together.
• In payment, if the majority is of good or excellent quality, the Zakat should be paid from the same quality. So, for example one is not allowed to give the sick animals as Zakat if most of the cattle are healthy.
• If one sells or gives away his goods with the intention to avoid paying Zakat, he will have to pay Zakat on that amount.
• In calculating the wheat, barley, dates and raisins, the farming costs and paid taxes cannot be deduced from the total harvest. So, for example if the total crop reached the Zakat limit, then the government took a portion as tax, which made the crop less than the Zakat limit, Zakat is still due.
• Note what is taken by government as tax from the original crop itself, is not subject to Zakat.

• If one’s property is split at various places, he should calculate the amount combined together. For example if someone has 15 sheep in one town, and another 15 sheep in the other town, he has to pay the Zakat for total 30 sheep.

To whom should Zakat be paid?
Zakat is given to those are deserving. According to Ahkam there are seven main groups who deserve Zakat:

Number one, Zakat can be given to a Faqeer or a Meskin. According to Ahkam, a Faqeer or poor is one who does not possess actual or potential means to meet his own and his family’s expenses, for a period of one year. And Meskin or destitute person is who leads a harder life than a poor person like the one who doesn’t have his daily bread.
• Note that if the poor person is capable of working and there is suitable job opportunity which will suffice him, he is not allowed to take Zakat.

Second, Zakat can be used to pay the officials who are appointed to collect, maintain, and distribute Zakat to the deserving ones.

Third, Zakat can be given to those who may, as a result of being given Zakat, be inclined to Islam. In general, the lawful governor can decide to give it to some people for a religious or political interest.

Fourth, Zakat can be spent on the slaves to set them free.

Fifth, it can be given to an indebted person who is unable to repay his debt, so long as the debt wasn’t spent on Haram things.

Sixth, Zakat can be spent in the way of Allah for the common benefit of Muslims which is proved by the lawful governor; for example building mosques, schools, hospitals, etc.
And finally, it may be given to a stranded traveller to return to his home with the condition that his trip wasn’t for a Haram purpose and he doesn’t have anything to sell or to rent to cover his costs.

The qualification of people receiving Zakat.
If a person is entitled amongst the previous seven groups, he should meet these qualifications to be able to receive Zakat:
One, he should be a twelver Shia believer.
Two, Zakat shouldn’t be given to a person who spends it for a sinful purpose. It also can’t be given to a Fasiq or corrupt, drunkard, or one who does not offer daily prayers.

Three, a Sayyed cannot take Zakat from a non-Sayyed. But he can give his Zakat to both Sayyeds and non-Sayyeds.
Four, a person cannot pay from Zakat the expenses of his dependants, like, his children. But, if they are entitled for Zakat as stranded traveller for example, or any title except Faqeer, he can pay them the Zakat. 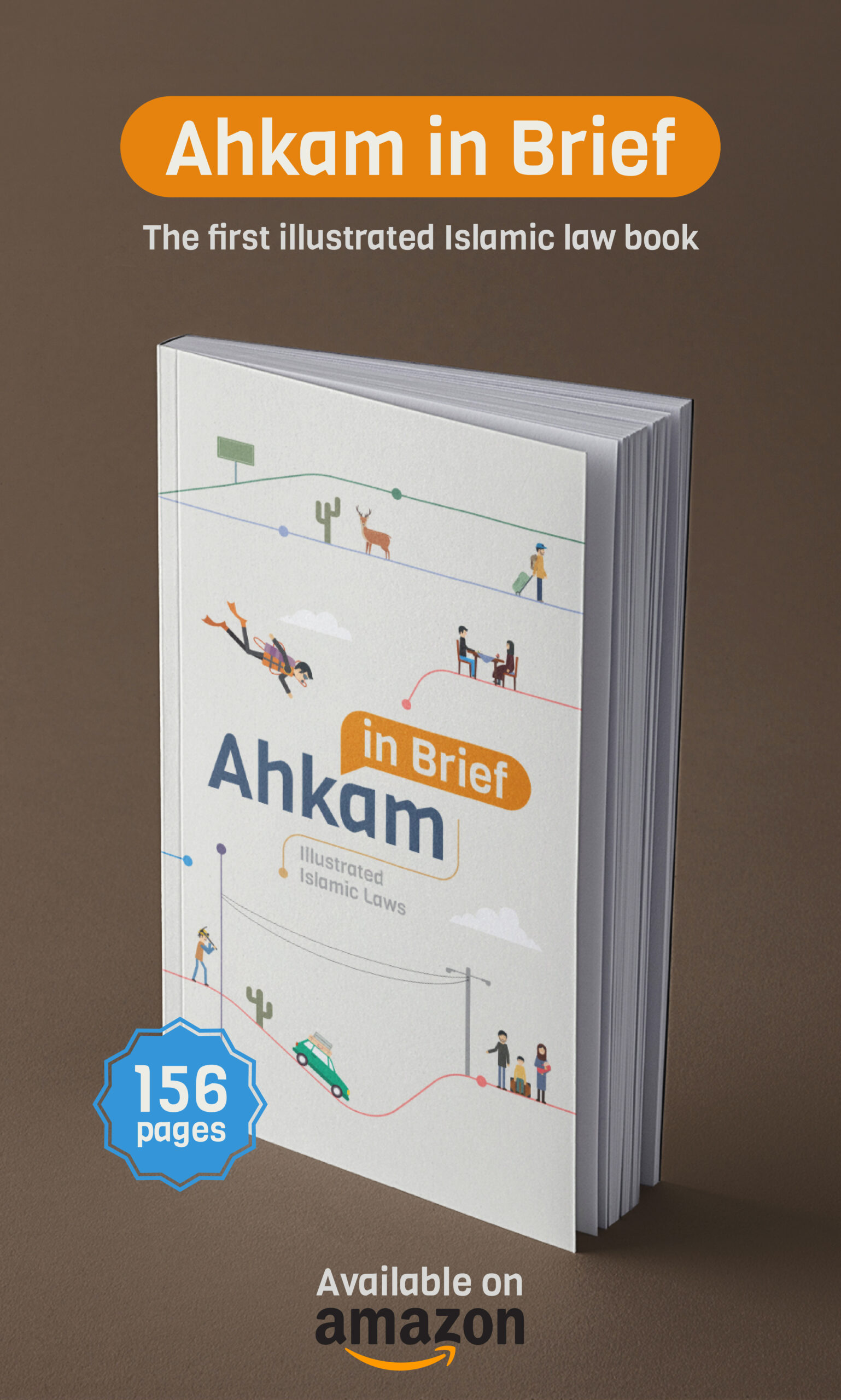